skip to main | skip to sidebar

A mixtape for the sun

Outstanding stuff. One of the best songs I've heard so far this year. Comes out via Cascine on April 10.

The Shoes. Goddamn it, yes. 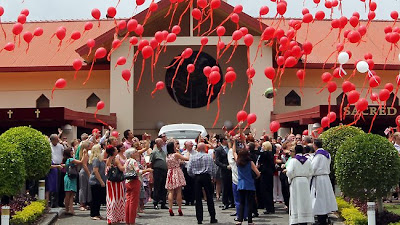 Some artists just have a direct line to my soul, I swear. I don't care about genre so much as I care about melody and Will Philipps (aka Little Loud/Tourist.) has that sense of melody. I swear I could wake up feeling like shit and this guy's music could pull me out of it. Most people know him for his remixes, which are absolutely outstanding, and here he offers an original under the name Tourist(.). The thing that he does so well is to create layers of melody blending beats, synth lines and augmented samples of keyboard lines. The guy knows a thing or to about arrangements and he knows a thing or two about writing songs that build. I HIGHLY suggest you pick up Tourist.'s debut 7" via his bandcamp page.

BTW the picture taken above features a woman named Danielle Sutton of Australia at the funeral for her 2-year old son Brad who died in a murder-suicide along with his father. Instead of wearing black at the funeral she wore her best and most colourful party dress, had the guests sing her son's favourite songs by the Wiggles and released balloons. I admire her. 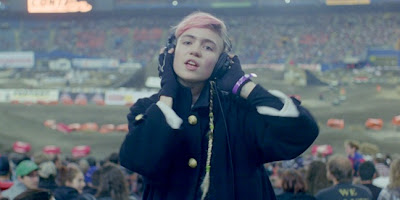 I love to see Claire Boucher dancing in this video. She looks like she is enjoying herself. That's allowed you know..

Perfume Genius hits up the Take Away Show. Haven't heard the new album all the way though yet but I can sense Mike Hadreas is getting more confident as a musician. Case in point:

Two saviours of electronic music do damage. This is Friday!

Screenwriter of 'The Shrine' (2010)
Contributing writer for @fluid-radio.co.uk